Andy Brookes is an Abu Dhabi based music producer who works out of the BarCoe Studio in Khalifa City. Having worked with some of the UAE’s biggest homegrown talents, he talks exclusively to FACT about his creative process and musical inspirations.

How did you get into the world of music production?

I’m utterly obsessed with music and I’ve always been interested in how songs are composed, arranged and recorded. I studied sound engineering, which led to my first recording jobs and I was also a touring musician, so I spent lots of time in studios either producing, engineering or being a musician.

Tell us a little bit about BarCoe Studio.

I co-founded The BaroCoe Studio just over two years ago with my business partner Sean Barcoe. We both had a vision of creating a space for local artists and bands to record as there didn’t seem to be anywhere in Abu Dhabi at that time. We built a space and vibe to help the artists achieve their musical dreams. It’s situated in Khalifa City A in Abu Dhabi. It’s a multimedia studio where we record artists and bands. It’s completely different to any studio I’ve been in as it has this really cool at-home vibe, but still a super professional recording facility with top of the range recording equipment.

The services we offer are – recording, mixing, mastering, Composing, TV production and voice overs. You can walk into the studio with an idea for a song or video and walk out with a fully produced iTunes ready song or Industry standard video promo. We take you from idea conception…to perfection! We also promote live events. We have an original music event for artists that have recorded with the studio – BarCoe Sounds. It’s our way of giving a stage to the artists that have supported us.

Please talk us through your creative process when it comes to producing a song.

If it’s a song that the artist or band has written, I tend to ask them to send me a rough home recording of the song. I then listen to it a million times and see what ideas for arrangements spring out.

Then I discuss with the artist what the story of the song and what aesthetic they are going for. We then might have a session or two of songwriting/beat making to get ideas down. Then it’s sorting out the logistics of who is going to record. Ideally, the artist/band will play their own instruments but often I’m asked to play (I’m a multi-instrumentalist, playing the guitar, bass, keys, drums and programming). I also may need to decide whether I need to hire any outside musicians. It’s cheaper for the artist if I become the one-man band and that often happens.

Once all the instruments and vocals have been recorded, I then start the mixing process. Once the artist is happy with the mix it is then mastered at the studio so it’s ready for distribution on any streaming platform. Some artists have a clear idea of how they want the song to be. Others require me to guide them through the process. The end goal is for them to be completely happy with their song.

So we don’t finish the process until they are 100 per cent happy. If it’s a song I’ve written I still try to involve the artist as much as possible because at the end of the day I want them to be fully invested in the song because they are the ones who will be singing it for hopefully years to come.

Who are your musical inspirations and what do you do to feel inspired?

I listen pretty every genre of music from 1950’s rock n roll, 1970’s funk to todays EDM and hip-hop with all the classics of rock, pop, electronic music, country and soul. I’m inspired by the risk takers and the innovators. People who pushed boundaries and tried new things.

You’ve worked with a lot of local talent and some big names like Azza Zarour and Sons of Yusuf. How did these collaborations come about?

It was amazing collaborating with Azza as she is so talented. She has so many cool ideas and the talent to back them up. It was so exciting when her video was trending in the top three in the Gulf region. I think it has about 14 million views on youtube!! Fantastic voice and such an amazing oud player.

Sons of Yusuf were told about the studio by their friend. We get most of our clients from recommendations and word of mouth. They needed to record some verses on a track they had. Super talented guys. Really down to earth and an absolute pleasure to record.

What are your thoughts on the music scene in the UAE?

There is a lot of talent in the UAE and so much diversity that inspires me. I think it won’t be long until the UAE has a breakout artist who becomes a world star. There is so much potential for great music to be found here. I feel that the scene would be improved with more support from TV and radio promoting local artists. Also, more venues need to be catering for local original music.

Who is your favourite artist that you have produced for and why?

I can’t play favourites, I don’t want to upset any of my clients but I will give love and shoutouts to the aforementioned artists as well as Fafa, Emma Cotter, Danny Aridi, Ibby VK, Greg Pearson, Sachii, Liminal States and Jamie Wrecs who all continue to support us at the Barcoe Studio.

You release music yourself with your band “The Love Mods”. What are your plans for that?

Yes I recently released a single called Feels Like Home featuring Fafa. The response was really cool. I love working with Fafa and I’ve produced quite a few of her tracks including her next single Give Me A Miracle, which is amazing! The Love Mods next single will feature a fantastic Irish singer. Mystify featring Emma Cotter will be released in September on the legendary Italian dance label Irma Records and I’m very excited for that song to come out. It would be nice to tour again. My old band in England toured the UK, Europe and Japan. Would be ace to play more venues but I guess with the global pandemic situation, we will have to wait a while for that.

What advice would you give to anyone looking to get into music production?

Just do it! Music production has come along way from being confined to large recording studios. Kids today are making beats on laptops, iPads and evening phones!

There are plenty of music production courses in Dubai and Abu Dhabi (SAE, Berkley Music, NYU Abu Dhabi).
Learn to play some instruments and although not essential, being able to play keys or guitar will be really useful for helping you produce a wider range of musicians.

Start recording at home and try to build a home studio setup. Contact studios to see if they are looking for interns. I did and I picked up so much experience and skills by getting hands on in the studio. ✤ 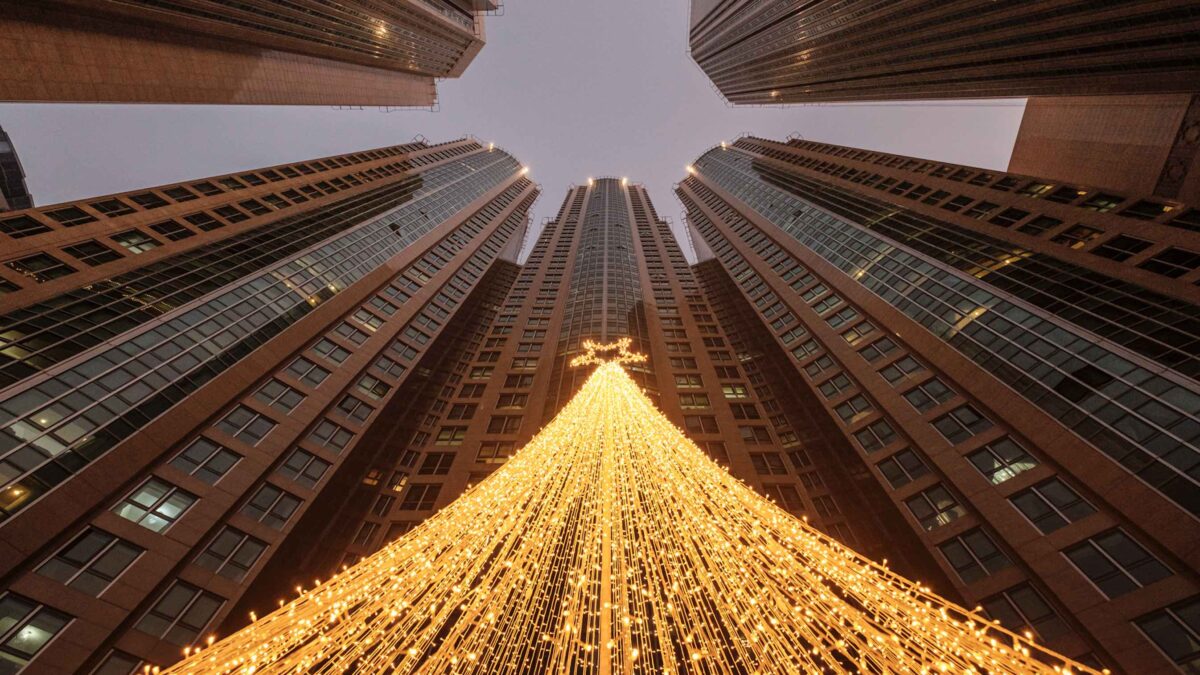 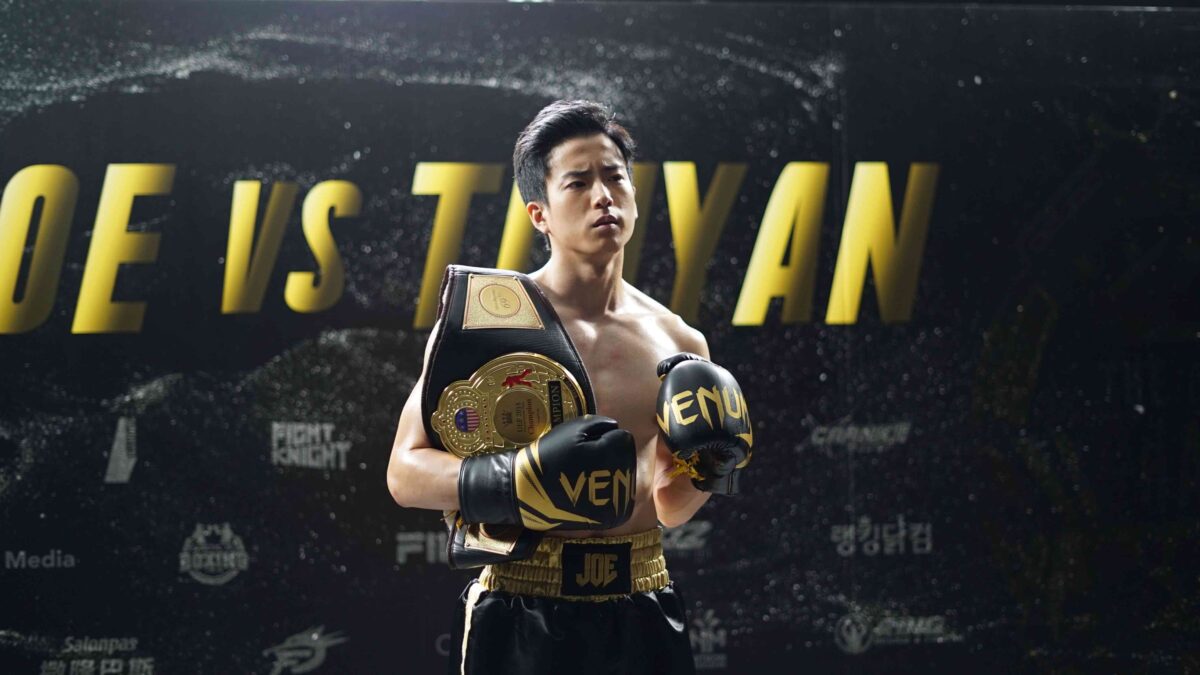 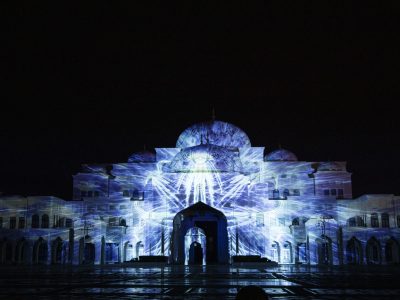 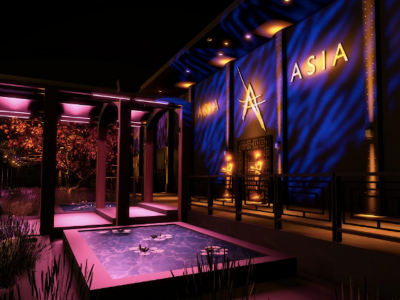 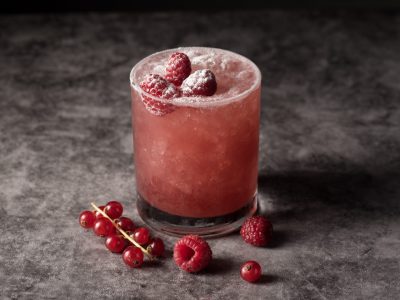