Back in December 2019, when we sat around predicting what travel would look like in 2020, there were a few trends we didn’t see coming – read: the rise of staycations, travel shaming, and lots and lots of armchair travel. Now, with the pandemic not showing any signs of slowing down and the environment reaping the benefits of globetrotters staying put, the energy experts at SaveOnEnergy scoured Instagram to determine the world’s most Instagrammable natural wonders, collecting and analysing how many times each destination was hashtagged. How many have you seen IRL?

Crowned the most picturesque natural wonder in the world, Yosemite National Park has racked up roughly five million hashtags on Instagram – and for good reason. Representing both peace and power, the national park is home to hundreds of square metres of natural wonders ranging from gracious waterfalls and stunning meadows to deep valleys and towering granite monoliths. Not only is Yosemite National Park a popular spot for marriage proposals and the occasional engagement, but it’s also one of the few places in America that boasts moonbows. All it takes is a clear sky and a full moon, et voilà – a lunar rainbow is formed.

Accumulating a whopping 4,607,444 hashtags, Niagara Falls is a close second on this list. Considering the multitude of tourist attractions in the vicinity – arcade games, go-karting, and a butterfly conservatory included – thousands flock to the Canadian landmark to strike a pose in front of this truly majestic waterfall on a daily basis. And while many other falls are ‘taller’, what makes Niagara Falls so special is its combined height and volume. Over 168,000 cubic metres of water go over the crestline of the falls every minute during peak tourist viewing hours. Oh, and in case you’re curious, that’s about a million bathtubs worth of water every second.

Coined as “the one great sight every American should see” by Teddy Roosevelt, it’s no surprise that Grand Canyon ranks as the third most Instagrammable natural wonder in the world – and grand it is. At 446 km

long and 1,857 meters deep, the canyon is visited by roughly six million tourists annually, so it’s no wonder the warm ombre landscape has been hashtagged more than 4,000,000 times on Instagram to date. Interestingly enough, there’s a town located at the base of Grand Canyon: Supai Village. Not only is it inaccessible by road, but it’s also the only place where mail is still delivered by pack mule. True story.

The only desert on the list, the Sahara receives the title of the fourth most Instagrammable natural wonder on earth, courtesy of over 2,200,000 Instagram hashtags. Spanning an impressive 8,600,000 square kilometres, the Sahara connects to 11 African countries and comprises a third of the entire continent. It’s also still renowned for its eerie silence and breathtaking tranquillity, despite those iconic dunes being home to more than 70 different mammals, Yes, it sizzles in the summer months (temperatures average between 38-46°C), but what few realise is that it’s third largest desert behind Antarctica and the Arctic – both of which are cold deserts.

The Danube Delta in Romania rounds off the top five most Instagrammable natural wonders, accumulating a hefty 1,638,573 hashtags. The second largest of its kind in Europe, this landform is composed from deposited sediment carried by the Danube River into surrounding oceans. Blue and vibrant, the river attracts plenty of tourists, many of whom are there to capture the wildlife that surrounds it – the delta hosts over 300 species of birds, making it a haven for birdwatchers. The Danube River also happens to be the most cosmopolitan river on the planet, running through four capitals: Vienna, Bratislava, Budapest, and Belgrade.

Falling short of the top five, the Galápagos Islands place sixth on this list, with 1,612,457 hashtags from visitors. Based in Ecuador, these fascinating islands are home to plenty of volcanic activity and famously known for their mention in Charles Darwin’s evolution theory. What’s more, the Galápagos Islands straddle the equator. Translation? An equal 12 hours of daylight and 12 hours of night throughout the year. While the islands themselves serve as stunning scenery, many of the photos on Instagram highlight their biodiversity. Our research revealed that 97 percent of the islands are deemed a national park, and half of the land species are endemic to the Galapagos.

Crowned as Instagram’s seventh most popular natural wonder, Ha Long Bay in Vietnam’s Quang Ninh province has been hashtagged a remarkable 1,243,473 times. A jaw-dropping collection of majestic caves, emerald waters, and jagged limestone pillars, this UNESCO World Natural Heritage site in the Gulf of Tonkin is an incredibly popular destination for kayaking, scuba diving, snorkelling, and hiking – yet remains largely unaffected by humans as most of the 1,600 islands here are uninhabited. And while the bay is surprisingly shallow – it’s just over 10 metres at its deepest point – nearly 1,000 species of marine life have been recorded swimming in the area.

Better known as the Northern Lights, the Aurora Borealis in Iceland receives the title of the eighth most Instagrammable natural wonder on earth, racking up 1,167,915 hashtags at present. Named after the Roman goddess of dawn, the Aurora Borealis graces clear night skies with a magnificent light show in the dead of winter. Admittedly, this astronomical phenomenon is unpredictable, but tourists who are fortunate enough to witness it experience a bucket list must. For the uninitiated, the ethereal (usually green) glow of the Northern Lights occurs when electrically charged particles released from the sun enter the earth’s atmosphere and collide with gases such as oxygen and nitrogen.

A post shared by Nature/Photography/Travel (@naturephotographytravel) on Mar 1, 2020 at 5:41am PST

9. Mount Everest, China/Nepal
Humans have been obsessed with the idea of conquering Mount Everest since 1921, when the first summit attempt took place, so it’s hardly surprising to see it on this list. With 1,125,527 Instagram hashtags overall, the world’s tallest mountain is named the ninth most Instagrammable natural wonder in the world. Standing at a commanding elevation of 8,850 metres, Mount Everest is one of the most popular tourist destinations on earth. Eager to capture its handsome heights, visitors frequently take to Instagram to share the spectacular views, but the mountain is not without tragedy. Over 300 climbers have died due to avalanches and altitude sickness, most of them while descending.

Narrowly placing in the top 10 with 900,429 hashtags, Pamukkale in Turkey is the tenth most Instagrammed natural wonder in the world, drawing this list to a close. Here, the white travertine cascades resembling frozen waterfalls and terraces of shallow pools are created by the waters of thermal springs reacting with the air. This surreal natural wonder has also earned bragging rights due to the proximity of Hierapolis, an ancient Greek- Roman city rife with incredibly well-preserved ruins. Put the two together, and you have a UNESCO World Heritage site that attracts almost two million tourists each year. Looking to elevate your Instagram feed post-pandemic? Start here. 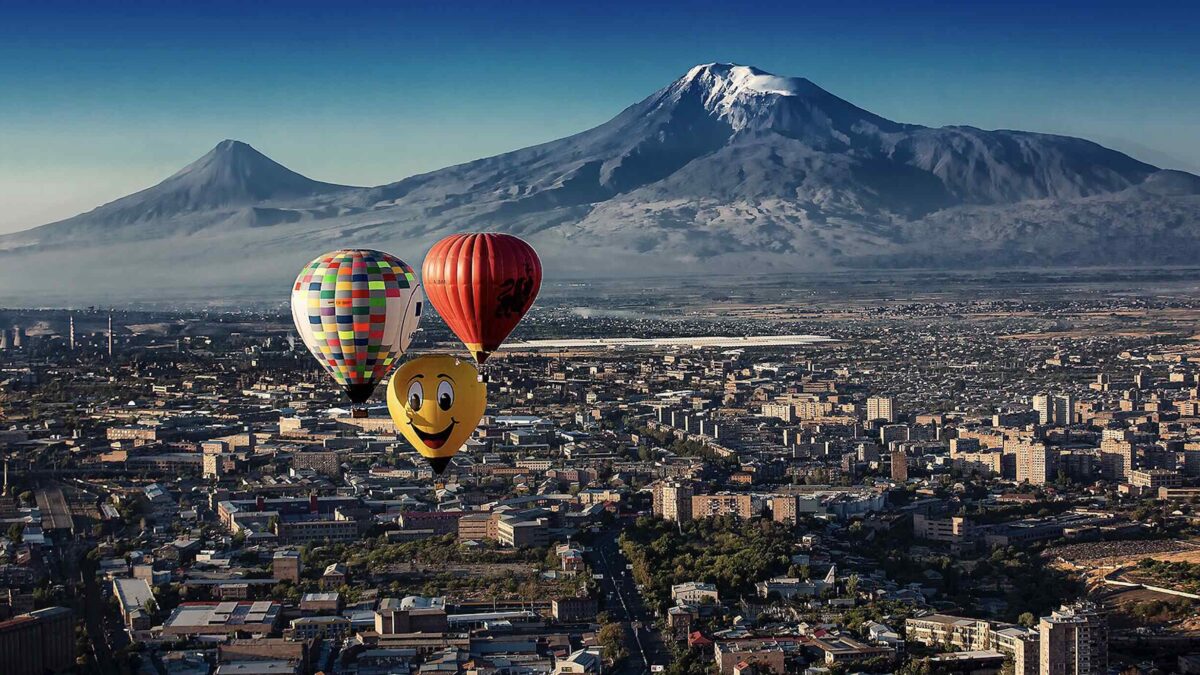 A beginner’s guide to Armenia: Culture, churches and celebrities 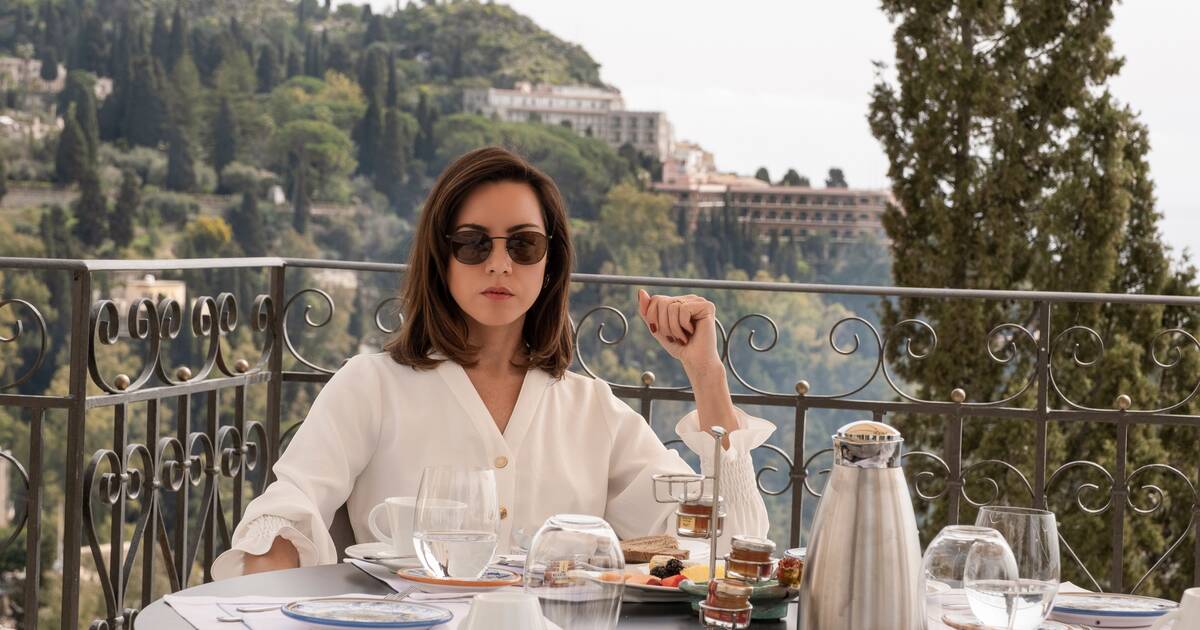 Journeys in the land of Frankincense at Alila Hinu Bay 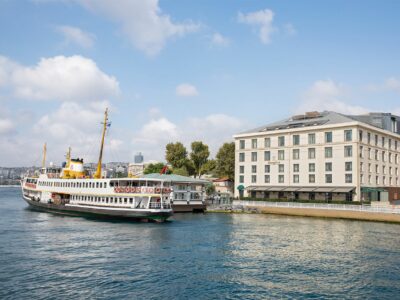 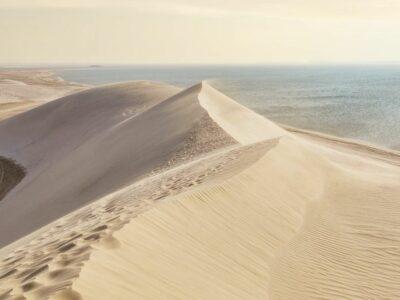 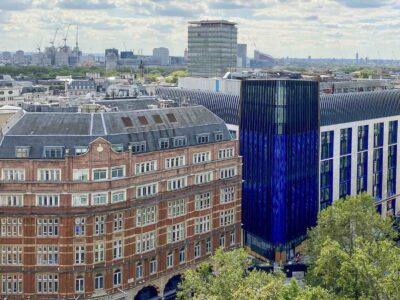 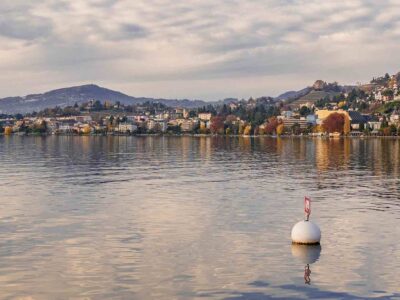