With so many swanky spots in Jumeirah Al Naseem, Blind Tiger has a unique air of (unpretentious) exclusivity.

It’s not often that a bar is the talk of the town before it’s even open. Blind Tiger in Dubai, however, is no ordinary bar – it’s a speakeasy with style. When a venue has a tagline like “hard to find, impossible to forget”, it sounds like it’s talking about The One. Well, when we visited Blind Tiger, it gave us the feels and we’re here to share the love.

Blind Tiger has opened in Jumeirah Al Naseem, and is nestled in Turtle Lagoon. The new bar has some upmarket neighbours including Flamingo Room by tashas, Il Borro Tuscan Bistro Dubai and MayaBay Dubai.

Blind Tiger succeeds at being both on-trend (with a speakeasy theme) and timeless (with a gentleman’s club feel). Guests are unlikely to stumble upon Blind Tiger, as it is discreetly positioned and not signposted, which adds to the intrigue and exclusivity. We had to cross a bridge and dimly-lit stairs, which are not ideal after a few drinks, before we could find the venue – and what a venue it is.

Everything about Blind Tiger could easily be tacky. The creators have taken the tiger theme and pounced on it. The name encourages you to turn a blind eye and unleash your inner tiger – easy, tiger – which we imagine they’re expecting to be more Shere Khan than Tigger.

The décor could verge on Tiger King rather than jungle chic – it has bold tiger prints on the entrance floor, cushions, paintings and even on the pegs of the toilet cubicle doors. We wouldn’t be surprised if we found William Blake’s poetry etched on the toilet wall. Somehow, it all works.

When we entered Blind Tiger, it felt like we were in a refined yet relaxed living room. The space has Art Deco touches and is dripping in finesse, from the mirrored ceiling to the gold rimmed bar. We settled indoors into the comfy lounge chairs, but there are also high stools by the bar and sofas on the outdoor terrace.

While service at such an establishment could be stuffy, the staff were fun and friendly, sharing their personal picks from the menu. The drinks include spirits, sakes, wines, plus an extensive whisky list. Plus, the signature cocktails are predominantly whiskey and gin-based, which give the place a more mature feel. (Note: the cocktails range from AED 75 to AED 85.)

For those who might find whisky strong, we’d suggest the lighter and longer Hakura (Japanese whisky, plum and soda). The standout whisky drinks, which were so good, we ordered them twice, were The BT Boulevard (bread whisky, shiitake mushroom, chocolate vermouth, sherry wine), and Ox-Ned (bourbon, lapsang souchong, mezcal and bitter).

The surprise came in the form of the Bay Tey Tai (pandan rum, coconut, java sugar, pineapple and almond). The only rum drink on the menu felt like a cross between a Mai Thai and Piña Colada, and had a smooth start with a smoky finish. If you’re not drinking alcohol, the choices are slim, as there are only two mocktails: Ooba (shisho, citrus and soda) and Mandarin (mandarin, citrus, botanical and soda).

The Japanese-inspired food menu includes small plates, sandwiches and desserts. The Chicken Sando was cut into four small squares, and felt like a simple dish we could have made at home. While the Wagyu Beef Skewers impressed with its soft and succulent taste, and the Truffle Pizza had the perfect balance of rich toppings on a thin base. Plus, the mochi desserts were texture-tastic, creamy and chewy in all the right places.

As the night went on, the ambience changed. The resident DJ spun Lauryn Hill records, while the saxophonist and drummer weaved through the tables. One staff member explained: “The more people we have, the louder the volume gets.” Thankfully, we didn’t need to roar, and could hear ourselves speak.

A rarity in Dubai, Blind Tiger succeeds at being glamorous without being pretentious. If you want to give date night or drinks with friends an upgrade, we’re sure they’ll be wowed by your speakeasy intel. Go, before the secret’s out. 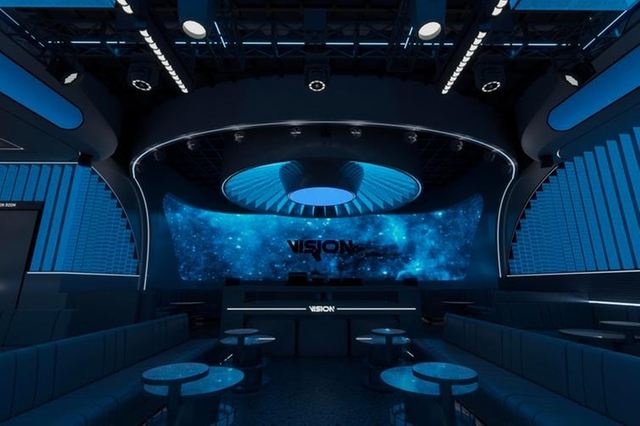 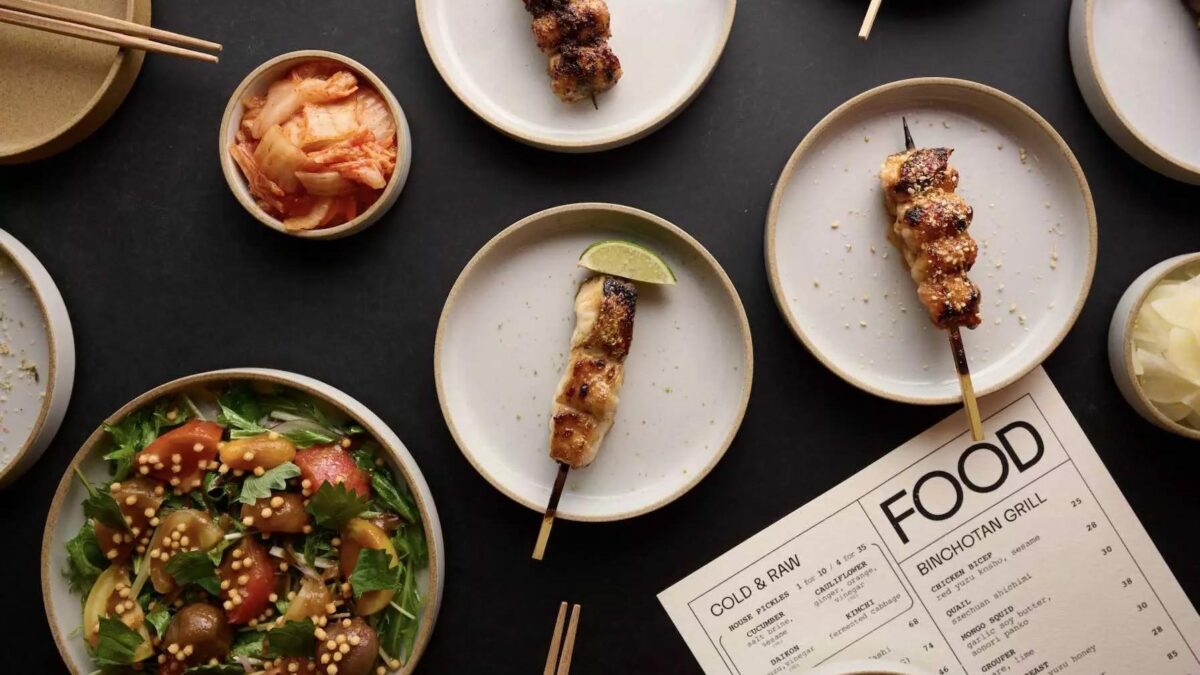 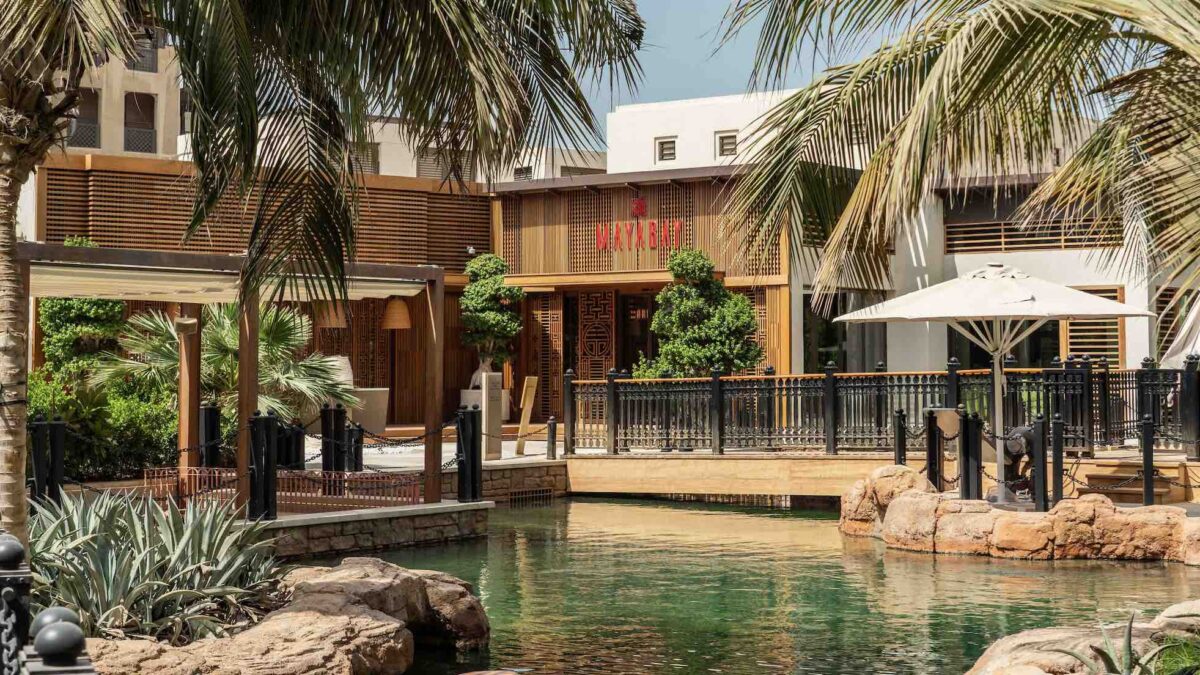 Brunch of the Month: MayaBay Dubai 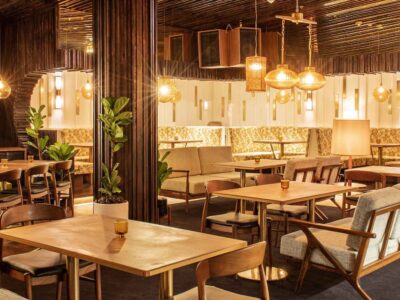 FACT Review: A no-photos dinner at The Nice Guy 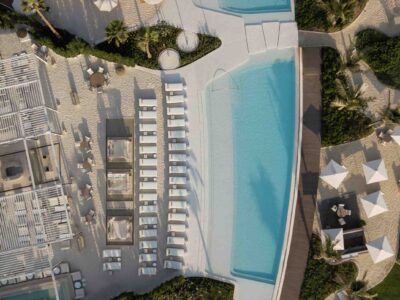 FACT Review: A breath of fresh sea air at the sensational SĀN Beach 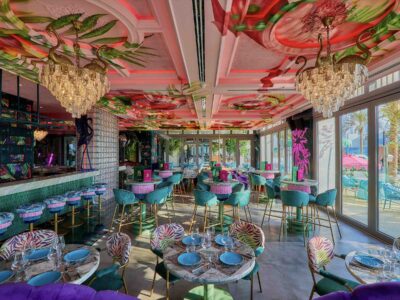 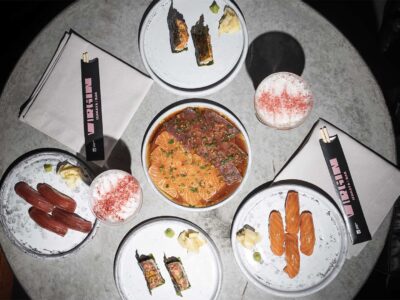