Here are all of the hotels confirmed for the Saudi Arabian megaproject.

The Red Sea Project is one of the most exciting megaprojects in Saudi Arabia. With Indian Ocean-worthy resorts, an ambitious regenerative tourism project and lush landscapes, it promises to be one of the most glorious getaways in the region. Plus, guests don’t have long to wait to check into these luxurious Red Sea resorts, as there are venues scheduled to open in 2023.

The Red Sea Project is expected to cover 28,000 kilometres of islands, beaches, deserts, mountains and even volcanos and be a leading destination for eco-luxury. The plan is to have no waste-to-landfill or single-use plastic, and be 100 per cent carbon neutral. Plus, The Red Sea International Airport is in the works, you can soon land in the megaproject. Here are all of the Red Sea resorts confirmed for The Red Sea Project.

Desert Rock Resort boasts a spectacular setting, as it is situated within the desert cliffs. The hotel includes 48 villas and 12 rooms, plus a fitness centre, lagoon oasis and restaurants. The recently released renders reveal rooms with floor-to-ceiling windows, private pools and modern furnishings. Plus, the project aims to protect and preserve the environment. Fully integrated into the rock, Desert Rock Resort is one of two inland resorts scheduled to open later this year.

If it’s good enough for Beyoncé, it’s good enough for us. The luxury hospitality brand, Faena, is an A-list favourite, and has announced that Faena Red Sea Resort will be located on Shura Island in the Red Sea. Scheduled to open in 2024, the resort creates one-of-a-kind hospitality experiences, which combine the best of wellness, entertainment, art and dining. The venue includes 150 suites and villas, each with their own private pool and ocean views. Plus, six restaurants, a holistic healing house, South American-inspired spa, an 18-hole golf course, a marina and yacht club, the nightlife venue The Living Room, art exhibitions and upmarket retail.

Grand Hyatt The Red Sea is set to be one of the most stunning properties, as its vibrantly coloured exteriors can be spotted from afar. With 430 rooms, the hotel includes restaurants, bars, a marina and a golf course. Plus, it plans to be powered solely by renewable energy, as its cars, helicopters, e-bikes, golf buggies, vans, seaplanes and buses all operate on hydrogen and electricity.

Fairmont The Red Sea is scheduled to open in 2023, and will be a hotspot for golf lovers. Boasting an 18-hole championship golf course, it is a great place to practise your putts. The venue includes 200 rooms, seven restaurants (some of which are overwater) and a spa. Plus, we’re intrigued by the greenhouse.

InterContinental Resort Red Sea is set to open in 2024. The hotel includes 210 rooms with sea views and beach access. Guests will be able to wake up, and feel the sand between their toes. The venue includes seven restaurants, multiple swimming pools, a spa and a health club. Plus, with large event spaces, it’s ideal for business events.

We’re big fans of the Dubai-based Jumeirah brand, so we are expecting it to bring its signature luxurious experience to The Red Sea. Jumeirah is set to open in 2023, and Jumeirah The Red Sea follows in early 2024. The resort will be located on Shura Island, and will be home to 159 rooms. Sign us up.

Wellness fans will love Miraval The Red Sea – the hotel includes The Life is Balance Spa, which at 3,700 square metres is the largest spa in the area. While the hotel itself includes 180 rooms, the spa has 39 – more than usual for a hotel spa. Plus, there are 400 square metres of meeting space for wellness activities.

There are only five Ritz-Carlton Reserves around the world, and this is the first one in the kingdom. Nujuma, a Ritz-Carlton Reserve is a luxury property with 63 one to four-bedroom overwater and beach villas. Plus, facilities include a spa, pools and restaurants. Nujuma will be situated on a pristine set of private islands, part of the Red Sea’s Blue Hole cluster of islands. Surrounded by unspoiled natural beauty and designed to blend seamlessly with the environment.

Set to open in 2024, Raffles The Red Sea is set to be an architectural wonder. The venue has been designed by the British architectural firm Foster + Partners, who are the same team behind the likes of London’s 30 St Mary Axe and Dubai’s Index Tower. The hotel includes luxurious rooms, suites, six restaurants, a spa and 565 square metres of meeting space.

Rosewood Red Sea is scheduled to open in 2024, and bring the brand’s upmarket touch to the kingdom. The venue spans 149 rooms and suites, three restaurants, two lounges, and a Manor Club. Plus, the wellbeing centre, Asaya, is expected to be a multipurpose space – we’re talking a spa, movement studios and yoga pavilion.

Six Senses Southern Dunes is focused on wellness and eco-tourism. The resort includes 76 rooms, which offer desert mountain and wadi views. Spanning 10,800 square miles, at the heart of the resort is the Oasis, which is inspired by a desert flower. Inside, guests will find Earth Lab, an ecology area showcasing the hotel’s sustainable plans. There will be a holistic anti-ageing centre, and wet facilities ranging from cold pools to a sensory wet suite. Plus, the restaurants and bars include a chef’s table, cooking school, juice bar and water bar.

SLS Red Sea is set to open in 2024, and promises to be a great getaway. Spanning a whopping 800,000 square feet, the space includes 150 rooms, which include s12 suites and 15 villas. Fab for families, these span one to four bedrooms. Our mouths are already watering, as the restaurants confirmed include Seabird, Fi’lia and Floating World. Plus, there’ll be Ciel Spa, a fitness centre and pool.

Sheybarah Resort is located on Shura Island. Currently in its first phase of development, the hotel operator has not yet been confirmed. For those who want a real getaway, this is a 45-minute boat ride from the mainland. So far, we know that guests can spend the night in one of the 73 pod-like rooms, which overlook the sea. Plus, experiences include a restaurant and spa.

The St. Regis Red Sea Resort is a high-end property with 90 villas, two signature restaurants and an outdoor pool, fitness centre, spa and kid’s club. The resort marks the brand’s introduction into the kingdom, and it will be located on Ummahat Islands archipelago. Scheduled to open in the summer of 2023, it brings Maldives-like glamour to Saudi Arabia.

There’s one in Abu Dhabi, Dubai, London, Miami, New York and soon enough Jeddah and The Red Sea. We’re talking about the uber-trendy EDITION Hotels. The hotel group has announced that the two hotels are set to open in summer 2023. If other EDITION Hotels are anything to go by, we expect The Red Sea EDITION to be a hip hotspot. The on-trend hotels often adopt a less is more approach, which have a minimalist yet sophisticated feel. The Red Sea Edition will include 240 rooms, ranging from one to three bedrooms. Plus, two restaurants, a bar, a beach club, a pool and spa.

The first hotel at Neom’s Oxagon has been announced, and it’s set to be the British brand, Yotel. The 300 key hotel is scheduled to open in 2025, and it’s reported to cost $44 million. So far, we know that Yotel Oxagon will create a technology-inspired hospitality experience. We’re talking tech-tastic features, from a robotic concierge to smart beds. If you want to know what the robots look like, check out Yotel’s Boston and Singapore hotels. Need extra soap? Well, the hotels have robots that take amenities to your room. 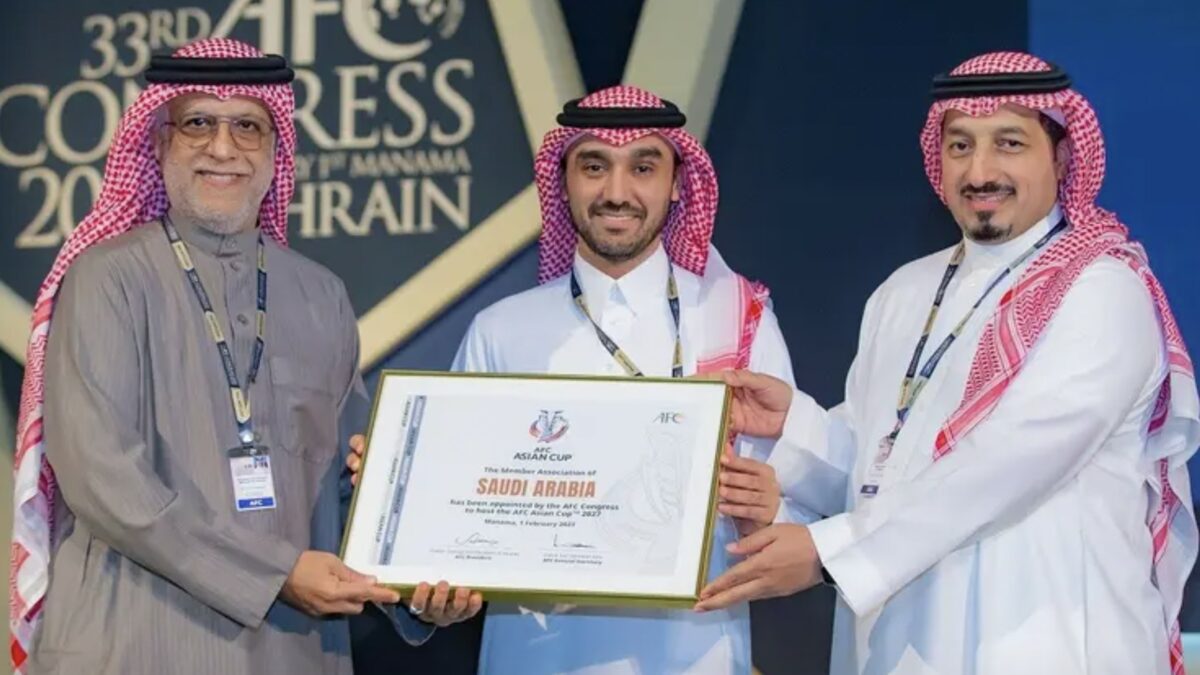 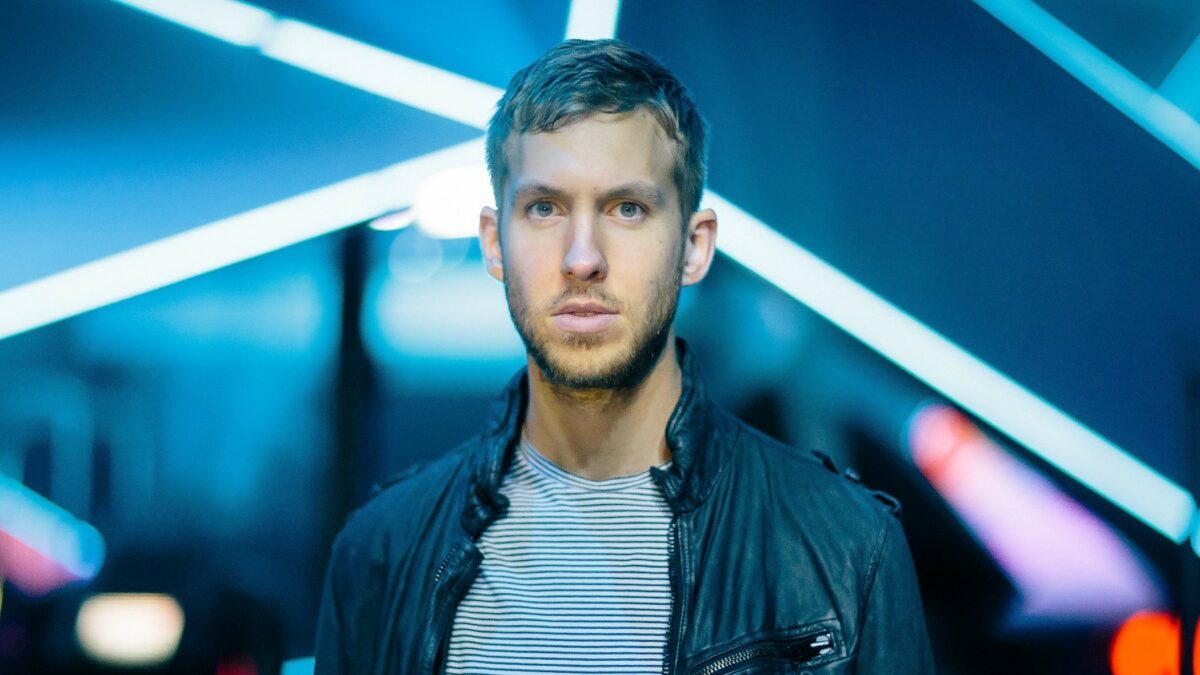 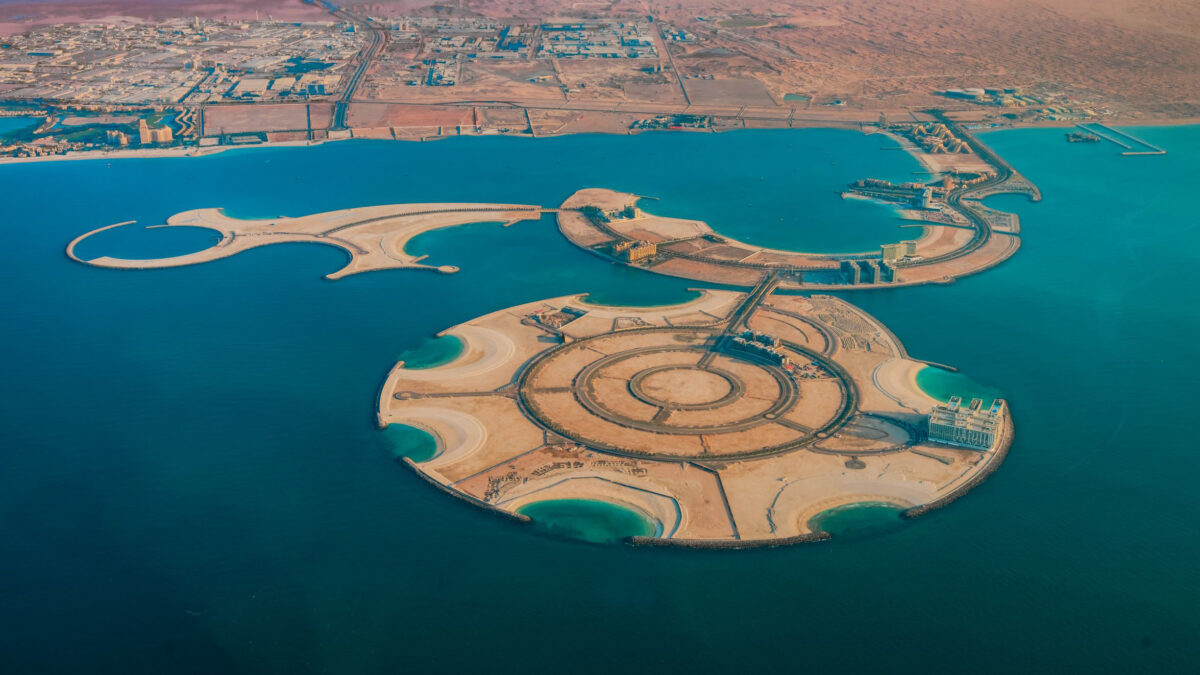 A Nobu hotel is under construction in Ras Al Khaimah 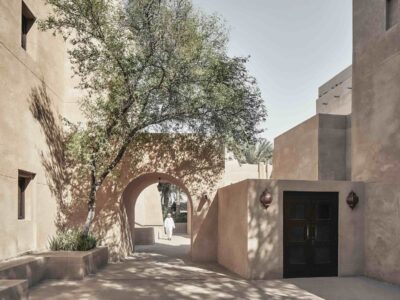 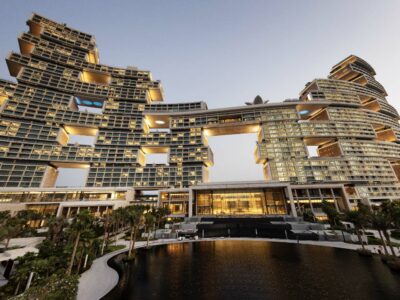 What’s it like to stay at Atlantis The Royal? 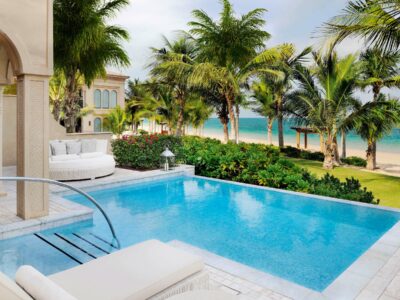 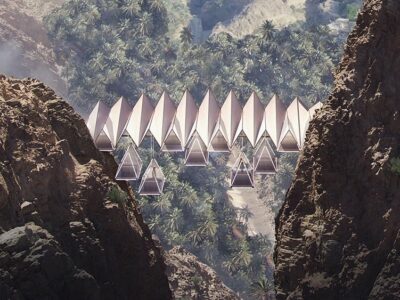 Floating Retreat in Sharjah suspends tents in the mountains